The second gripping thriller in the explosive science-fiction trilogy set in the near future world of terrorism and first contact.

The most secret government project in history knows why.
And why only he can prevent the world’s greatest disaster.

To be unleashed by a devastating entity.
The reason for his very existence.

He has already faced the ultimate terrorist threat in London.
He will do anything to accomplish this next mission.
His enemies will do everything to stop him.

On his broad shoulders rests our fate.

Fields of Orion (II) The Mission continues on from Fields of Orion: An Odyssey in a captivating fusion of mystery, heroism, action, intrigue, romance, betrayal and drama that will propel you relentlessly to its jaw-dropping finale.

Cocooned in flames, his capsule exploded. Flung out into space, he plummeted down through clouds and ice. Dropping at the speed of sound. Fighting for air. Like a bullet shot from a rifle barrel. The force of the Earth’s gravity tearing him apart…

Falling, falling, falling…
A momentary flash lit up the higher atmosphere, for a split-second shining brighter than the Moon. No loud blast was heard; more a resonant pop reached his hypersensitive ears as trillions of particles, like some deadly cosmic shrapnel, erupted high above the northern hemisphere. The fallout from his disintegrated entry vehicle merged with the fragments exuded from Halley’s Comet in the brilliant celestial firework display that is the Orionids, the fastest meteor shower to grace the skies every October.
As our small planet passed through this orbital minefield, thousands of earthbound stargazers around the world gazed up as the explosions of light streaked 60 miles above their heads at 40 miles per second.

In among them, a black capsule disgorged its sole occupant before it blasted itself apart. 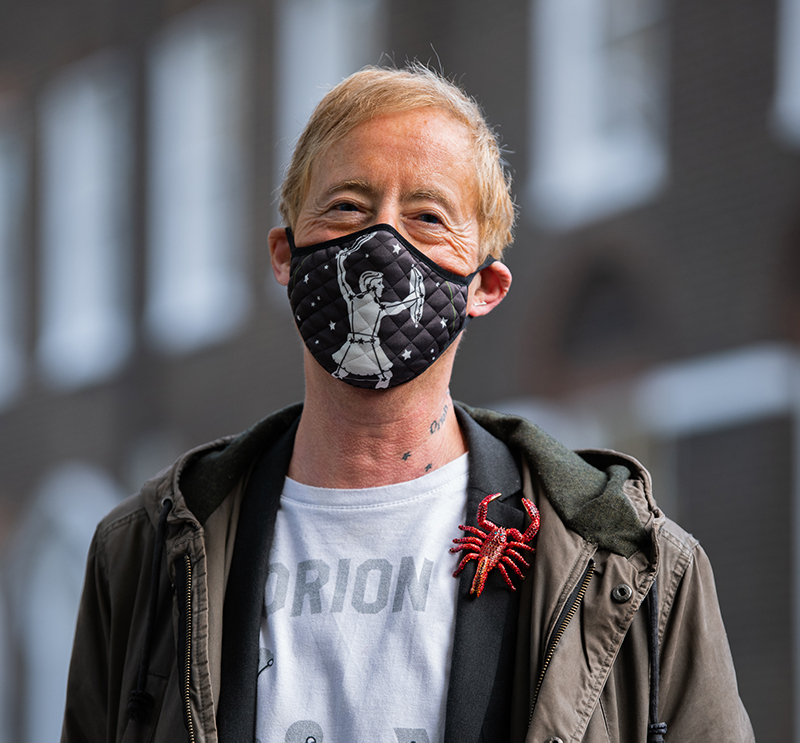 “Soon after I published Fields of Orion (I) in September 2020 - with its cliff-hanger conclusion - I began writing the second part of the trilogy. I completed Fields of Orion (II) after Christmas and planned to publish it by June. Then came the pandemic, so I wove elements of the Covid-19 nightmare into the plot. I published it on Amazon on 21 October, to coincide with the date of the opening scene: the annual Orionid meteor shower. The second book focuses on Adam’s monumental mission: how he was chosen to tackle the greatest threat to life as we know it lurking below the Iraq desert… and everything and everyone who stands in his way: his lovers, enemies, and the cataclysmic events which ensue as the most dangerous secret in world history is fully revealed.”