Stars of Orion: An Astronomy Special

Hosted by The Hunter

As told to Andy Oppenheimer

A giant hunter etched in the cosmos.

A wonder to behold on cold winter nights.

Recognised by generations by the three bright stars on his Belt, the celestial glory of Orion is photographed and studied by thousands of skywatchers worldwide.

So – the Hunter himself has instructed his scribe, Andy Oppenheimer, to produce a book dedicated entirely to Orion. He invited 45 astronomers to showcase their stunning photos of his stars, nebulae, and many other wondrous deep-sky objects in his Constellation!

In this gloriously illustrated book each astronomer tells how they took their pictures, when they became inspired by astronomy, and why this iconic warrior of the heavens became a favourite target.

Guest Essays telling the science and story of Orion are featured alongside a host of Fun Facts and Guides to help you capture the Mighty Hunter in the night sky.

Featured in ‘A Year in Books’ 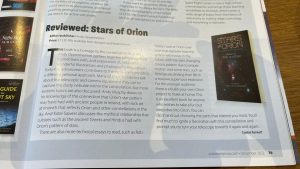 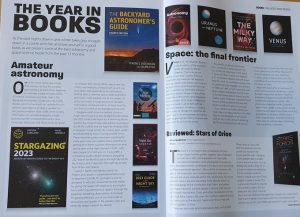 “Give this book a read and you’re bound to find something new about Orion!” 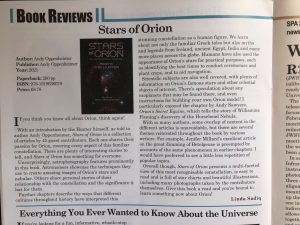 With a Foreword by John Flannery of the Irish Astronomical Society, Stars of Orion is a spellbinding fusion of the astronomical, the mythical, and the personal for stargazers of all ages. Published November 2021 – available online as an ebook and paperback from Amazon and a paperback from the Book Depository. 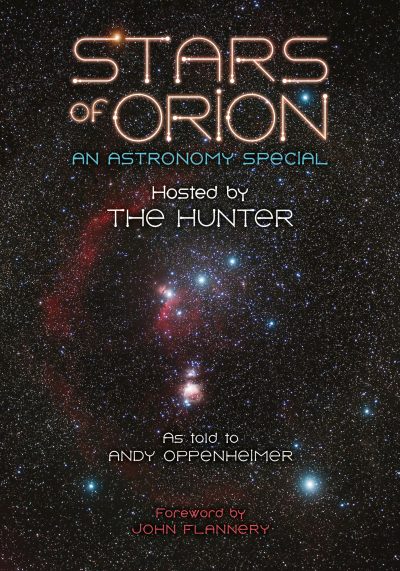 From the Foreword
The lure of the night is always there and under the stars, we stay grounded. The majesty of the heavens has a way of putting many things in perspective.
To you all, I say, next time you see Orion and his retinue sparkling on a crisp winter's night, think of Stephen Hawking’s words at the Opening Ceremony of the London Paralympics in 2012 where he encouraged athletes and those present to: “Look up at the stars and not down at your feet. Be curious.” John Flannery, Dublin, Ireland
I am Orion!
Some of my great Guest Astronomers in this book will present different versions about how I came to be represented in the cosmos.
Compared with my celestial glory, my terrestrial life is of a rampant, raunchy hunting man. I was called the handsomest of the Earthborn. I was a flesh-and-blood man with a beating heart. No star marks my heart, as it was broken many times. I fell in love with many women. Greek myth is all about action, adventure, romance, betrayal and tragedy: makes your box set thrillers and soap operas look tame. It’s also very early science fiction. A man turned into a constellation, for crying out loud! The Hunter
A Stunning Jewel Box
As we head out into the darkness on winter nights, the mighty Orion is there to welcome us, like an old friend beckoning us to the sky. As we gaze up to the heavens, we see the unmistakable orange glow of Betelgeuse, a massive red giant star that is relatively young. It is 950 times the size of our Sun and is estimated to end its life any time within the next 100,000 years. When Betelgeuse blows it will go with a bang, it will be a sight like no other: a true wonder of the Universe. Phil Smith, Barry, Wales 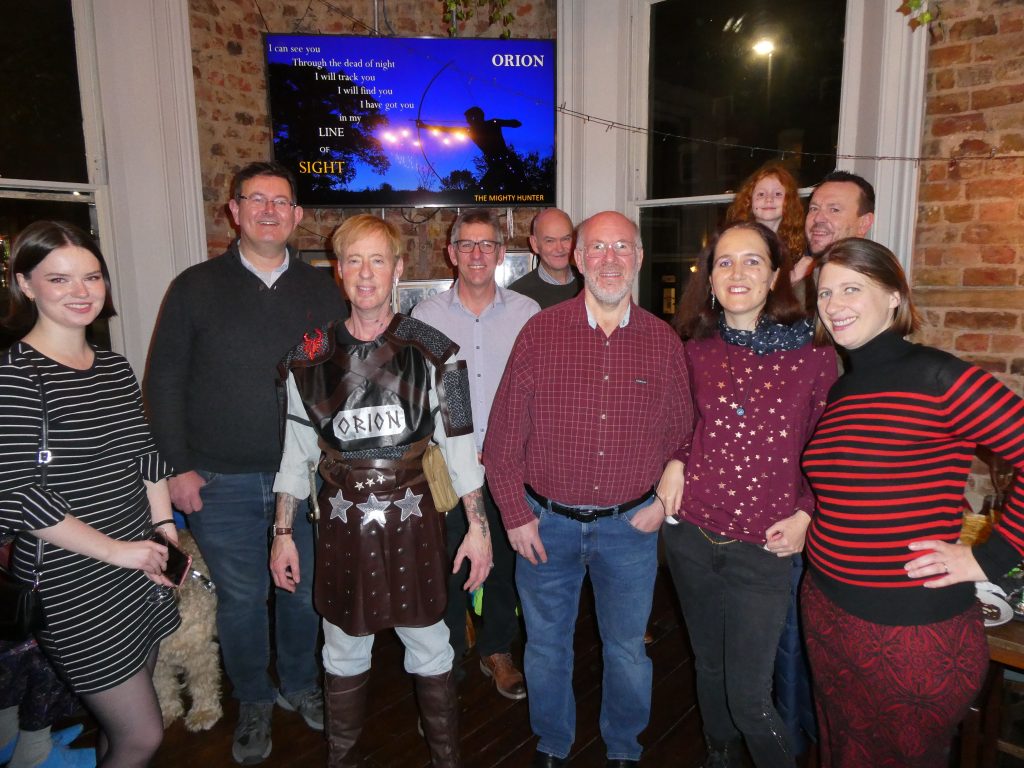 “Stars of Orion grew up out of The Constellation Collection – an online Gallery I put together on my blogsite of beautiful pictures of Orion, taken by astronomers on Twitter. I have always had a passion for astronomy and space, and many years ago worked with Sir Patrick Moore and Carl Sagan on the US magazine Omni, and before I worked in defence, commissioned and edited books on popular science. So Orion the Hunter made first contact with me to put together this fabulous book of his stars, nebulae, and other wondrous deep-space objects in his Constellation – the astronomer’s favourite!
The ebook soon ranked 5 and 15 in the Cosmology and Astronomy categories on Amazon. I was the Guest on Anthony Murphy’s ‘Live Irish Myths in Conversation’ on YouTube talking to an invited audience about Stars of Orion and the history of Orion in Ireland. I am planning a video podcast for the Hunter to host with his invited guests later this year: Late Nights With Orion.”